Hey everyone, I haven't had much time for lengthy blog articles, so I have a feeling that most of my posts will now be made through the iPhone blogger app. Today I just wanted to share my experience making hills.
The hills in my local gaming group always seemed too small in terms of both height and area footprint. This led to "discussions" about whether the hills blocked lines of sight to larger vehicles, and it made the hills easy to bypass, to the point where they really had no impact on the game. I wanted to make some hills to change that.
I started by shaping 2-inch pink insulation foam. The material I had on hand was left over from the table-topper I made. 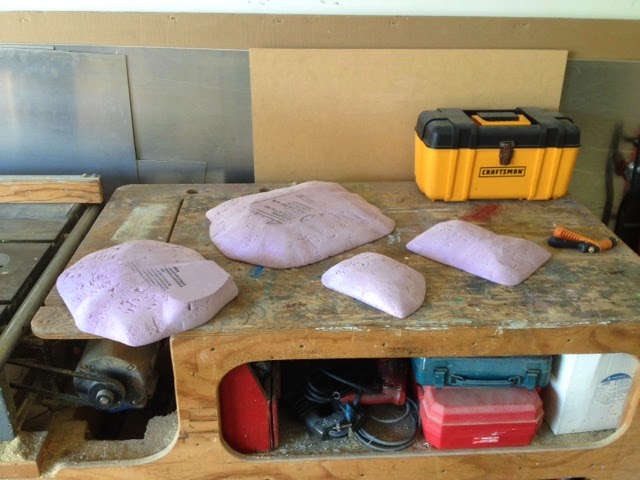 Next I would cover the hill in simple Elmer's Glue, then spread sand over it (this had to be done in sections on the larger hills). 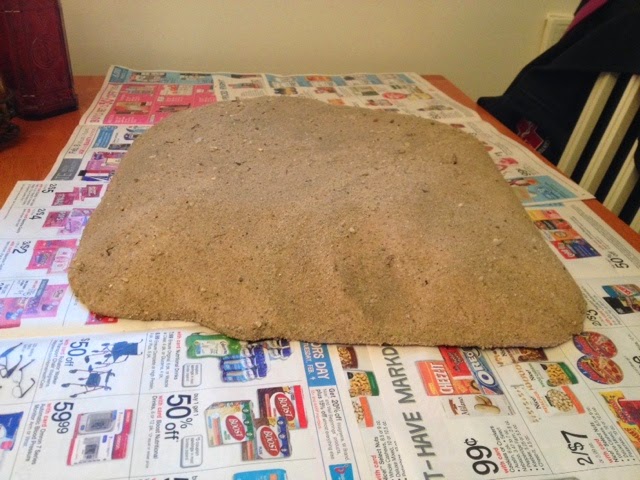 After that I hit the hills with a flat brown spraypaint. Normally the spraypaint would eat away at the foam, but since the hills were covered by glue and sand this didn't really happen. Green flock (from an industrial size flock container) was then spread on certain areas. As a final step I sprayed a matte varnish over the entire thing. 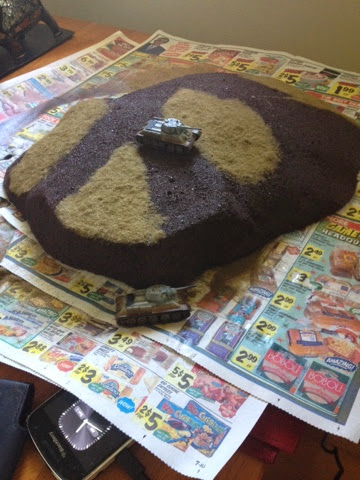 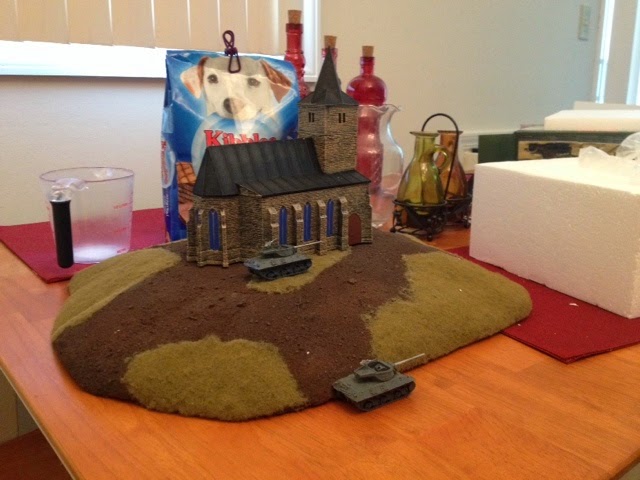 And there you have it. An easy way to add some great-looking terrain to your collection. Hills never go out of style either.
Posted by Unknown at 6:50 PM 2 comments:

Email ThisBlogThis!Share to TwitterShare to FacebookShare to Pinterest
Labels: Terrain

Recently I got in a 1750 LW game with a very tough, probably cheesy list that I have been toying with. Although I like 1650 as the new official LW points level, there is a big tournament coming up in July that will be using 1750. The last time I attended a tournament in this area the locals were heavy on both German forces with big cats and on allied lists with Naval Gunfire Support (NGFS) [Editor's Note: Battlefront has now released changes to NGFS]. Although I'd like to see NGFS banned there hasn't been any indication that it will at this tournament. 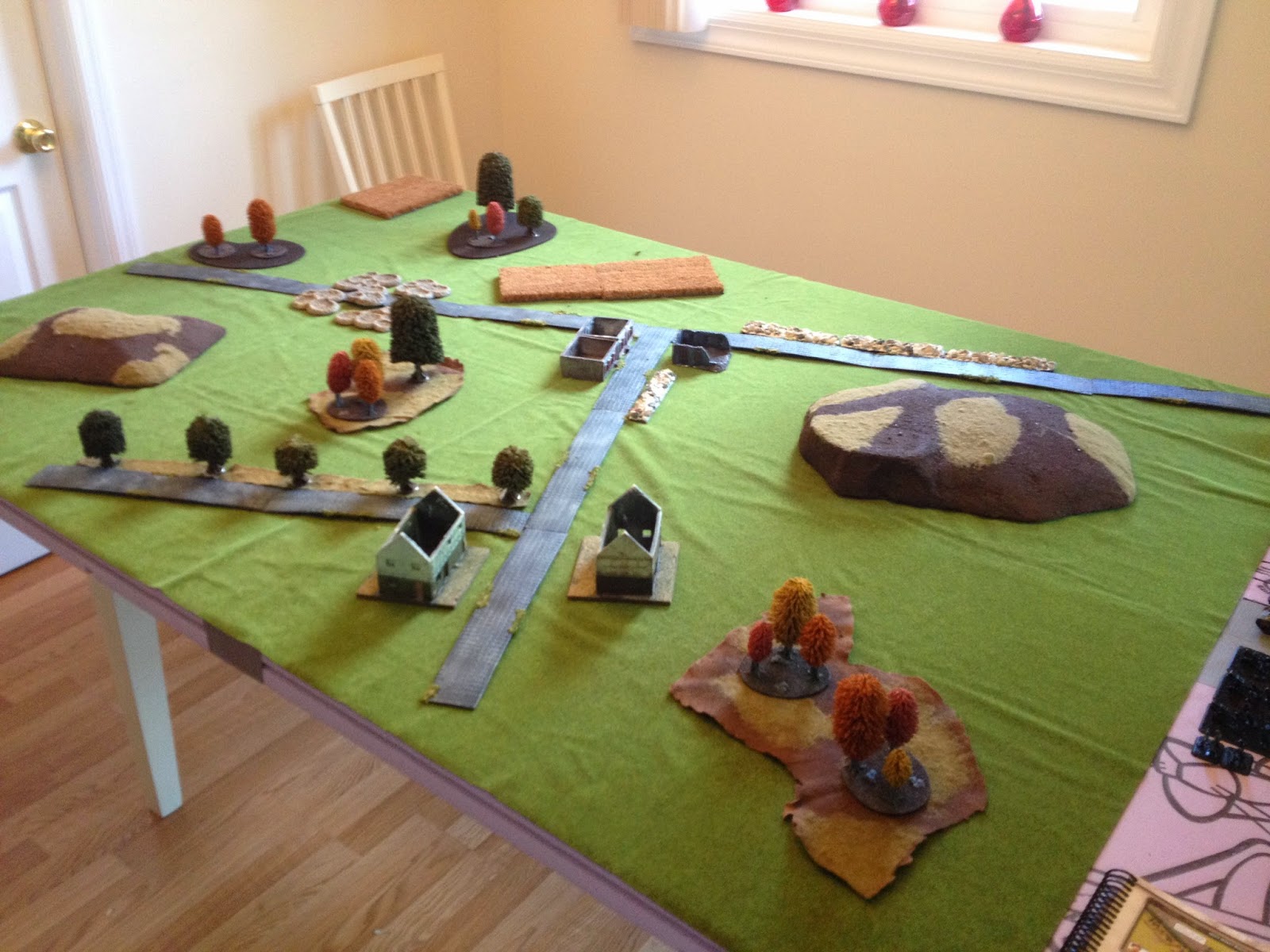 Therefore I have been fine-tuning a Tank Destroyer (TD) list. TD's are good for many reasons and can take down a variety of opponents, but are particularly effective against slow-moving heavies. Their security sections can also keep them safe from NGFS, since killing the security section doesn't automatically result in the death of the unit. My opponent regularly plays German panzers, and despite my warnings about what list I'd be playing with he brought a tank-heavy force. We rolled Dust-Up for the mission, which would be a good test for my list, as I'll explain below.

I have been hoping to play an Italy-themed game for weeks now, given the release of the stunning Italy campaign compilation books. These are gorgeous books, with excellently themed and balanced lists. The problem was that in my gaming group everyone has been absorbed in a non-themed campaign. Luckily one of my weekly opponents wanted a break from the campaign as well, and was down to try the Nisei infantry list. For my part I couldn't wait to give my HG Panzergrenadier list a chance to show what they're made of. 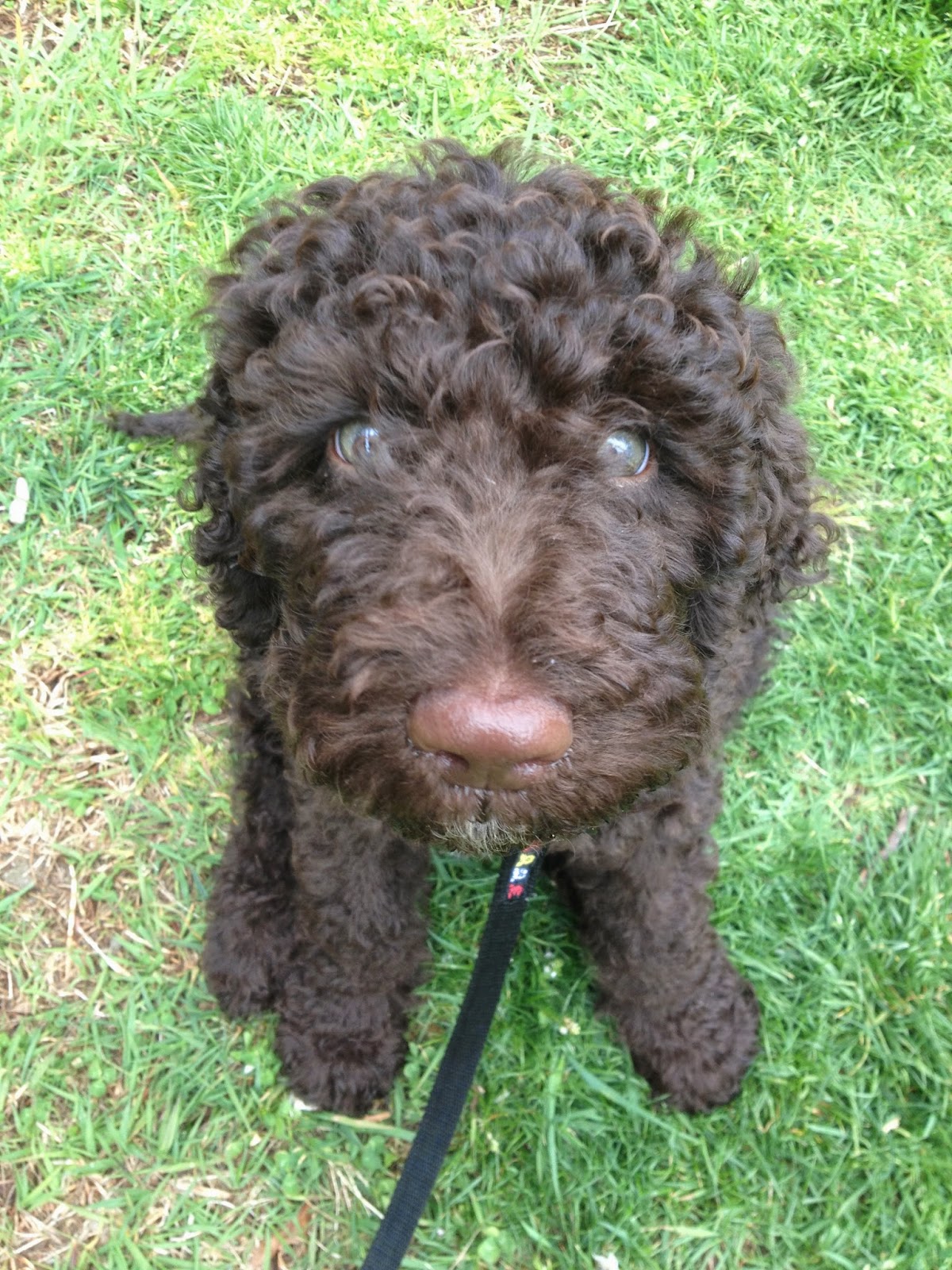 This little jerk has taken up a lot of hobby time

We set up the table with what terrain was available. This was the second game to be hosted at my apartment, and so in preparation I completed two hills, made some woods bases, re-configured my green trees, and ordered the "Small Autumn Wood" tree set from Battlefront/GF9. We rolled randomly for mission and got Pincer, with my HG Panzergrens attacking. This is exactly the type of situation I wanted to test out with them! Little did I know that this would become one of my all-time favorite Flames of War games.

Hi everyone, I know it's been a while since I posted on this little blog, which makes it all the more upsetting to me that what has finally motivated me to write is something that is a bit negative. I have still been playing as much as possible, which is a little tougher now that I have a puppy, but I don't feel like my hobby life has been suffering too much. What has affected the blog is something that I have found to be an ever-increasing problem in my club.

I started this blog mainly as a way to catalog and share battle reports. I love reading battle reports and seeing great pictures of models slugging it out on the tabletop. Lately, however, I haven't been able to provide anything like that to the community because of widespread problems with players not using models that make for good battle reports. So today I wanted to discuss my opinions on painting and proxying etiquette.

Continuing with my dual goal of playing more Mid-War games while also using non-veteran lists when possible, I was happy to get a game in a few nights ago with a new army. My opponent and I are both gearing up for a MW tournament on March 16th, but I'm also trying a completely new army for me: the Soviets! Yes, I finally took the plunge and have started collecting a communist horde. I found that my motivation stemmed from the models, not competitiveness, which helped me clear that final motivational hurdle. I really don't have the urge to play Soviets in LW at this stage, but in MW they're so...so...funny... Just look at the KV-2: 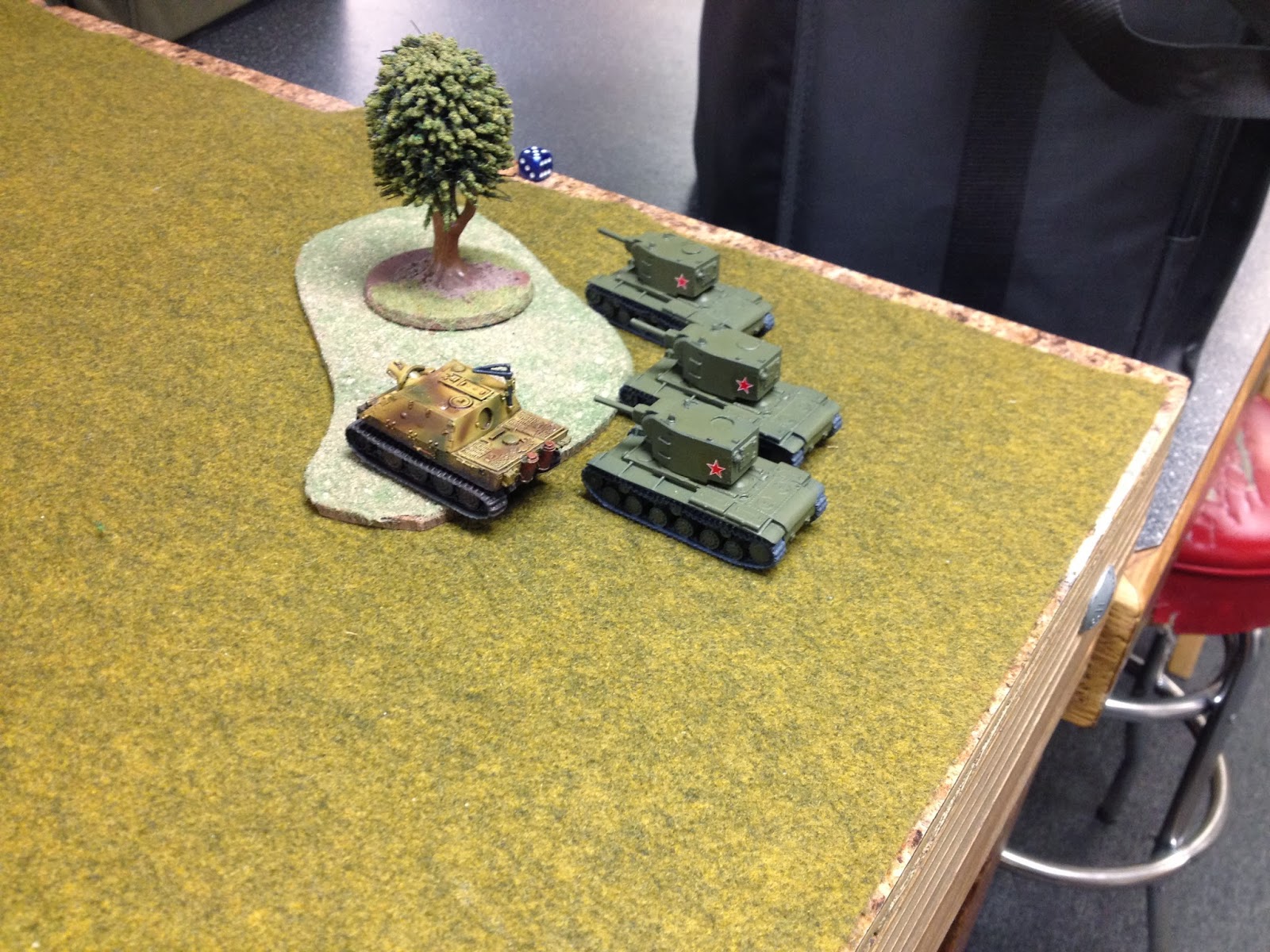 We had a shortage of objective markers, so the Sturmtigers subbed-in

The list I was running was built around the goal of fielding the KV-2's, which narrows it down to either Motostrelkovy or Mixed Tankovy. And so, in the spirit of adventure, I took the Fearless Conscript Mixed Tankovy into my first battle fielding Soviets.

FoW Armies: Germans, Finns, and Americans
Main FLGS: Brother's Grim Games and Hobbies
Location: Long Island
Thanks for visiting, I hope you find something worth your while. Trying out Twitter as this thing gets rolling, follow me @piflamesofwar